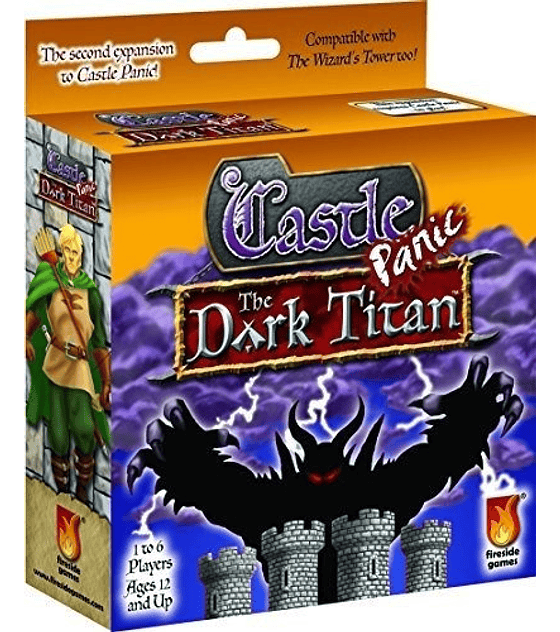 The story of the castle is enhanced by the addition of the Dark Titan himself: Agranok. An unparalleled threat, Agranok has returned from banishment with a vengeance, and he's bringing new enemies that will test players like never before.

The Dark Titan, an expansion for Castle Panic, adds more powerful enemies to the game, as well as new reinforcements and weapons with which the players can defend the castle. The Dark Titan Agranok is a new 8-point monster seeking vengeance, and his support includes the Dark Sorceress, elite monsters, and a boom troll. To defend against these new threats, players will have a Cavalier that fights for them on the board as well as boiling oil and support tokens.

The Dark Titan is compatible with The Wizard’s Tower, the first expansion for Castle Panic, for even more of a challenge.